Home» Blog » How Much Do You Know About Pieta Statue?

How Much Do You Know About Pieta Statue?

The marble Pieta statue is by far the most beautiful marble statue. It is still preserved in St Peter’s Basilica in the Vatican. For centuries, no artist in the world has made a better work than this. Many people may know that it is about the scene of the Virgin Mary mourning the dead Jesus, but some details are not well understood. Today, let’s take a deep dive into it. 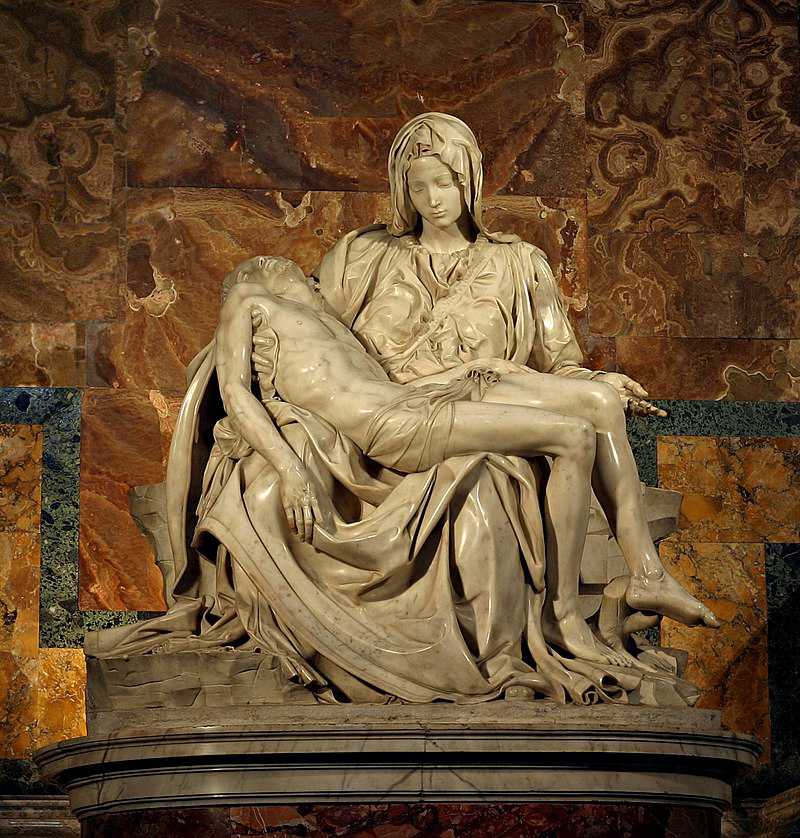 What is a Pieta Statue?

Marble Pieta statue is a Christ-themed art depicting a young Virgin Mary holding the body of a dead Jesus. The Virgin Mary stretched out her left palm and her right hand hugged the upper body of Jesus. Her expression was silent and complicated, and her eyes were full of worry. The body of the crucified Jesus lies between the Virgin’s knees, his head drooped back, his right arm resting on the Virgin’s right knee. The entire statue shows the grief and helplessness of the Virgin for the dead Jesus. The original Pieta statue was created in 1497 by the outstanding Italian Renaissance sculptor Michelangelo. 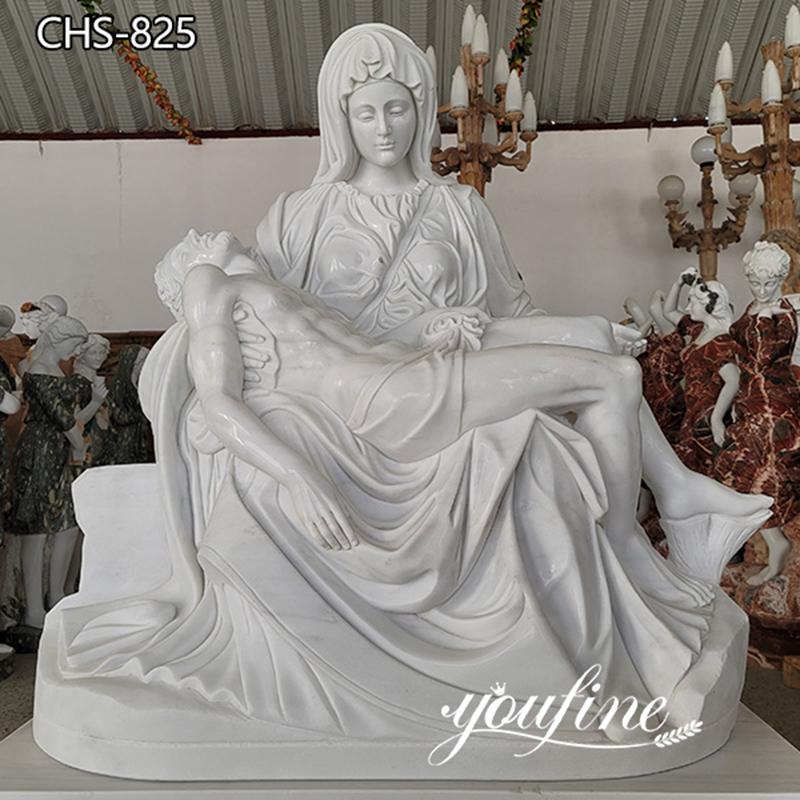 Why is Virgin Mary So Young?

One might ask, why is the Virgin Mary in the Michelangelo Pieta statue so young? In fact, this is what Michelangelo did on purpose. Because he said: “The Virgin Mary is the incarnation of purity, the sublime and the symbol of sacred things, so she must be able to keep her youthful and beautiful face forever. Her eternal youth and noble image symbolize the ideal of human pursuit of beautiful things. “So he broke through the pale and aging pattern in previous religious works, and showed the Virgin Mary to be extraordinarily young and beautiful. 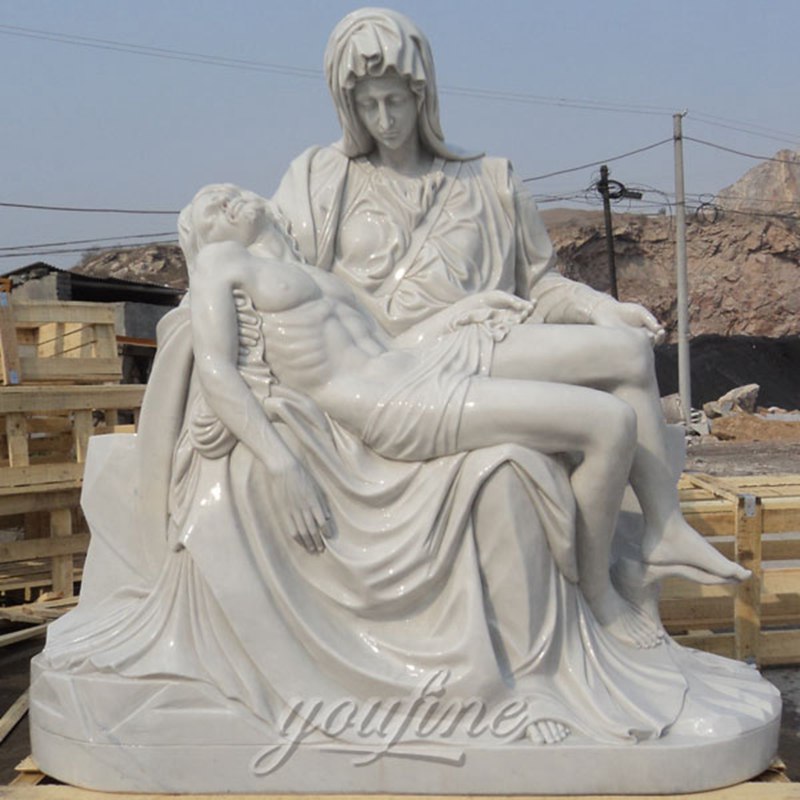 Why is the Body of the Virgin So Huge?

Although the Virgin Mary is seated, if the statue were to stand, she would actually be over 6 feet tall. The body of the Virgin is much larger than that of Jesus to better depict Jesus lying on the lap of the Virgin. If we turn to the back of the work, the faces of the characters are hidden, and what we see is the heavy back of Jesus, the Virgin like a giant bird, protecting the heavy back of Jesus with a towel. The unique light and shadow effect makes us see a lonely statue. 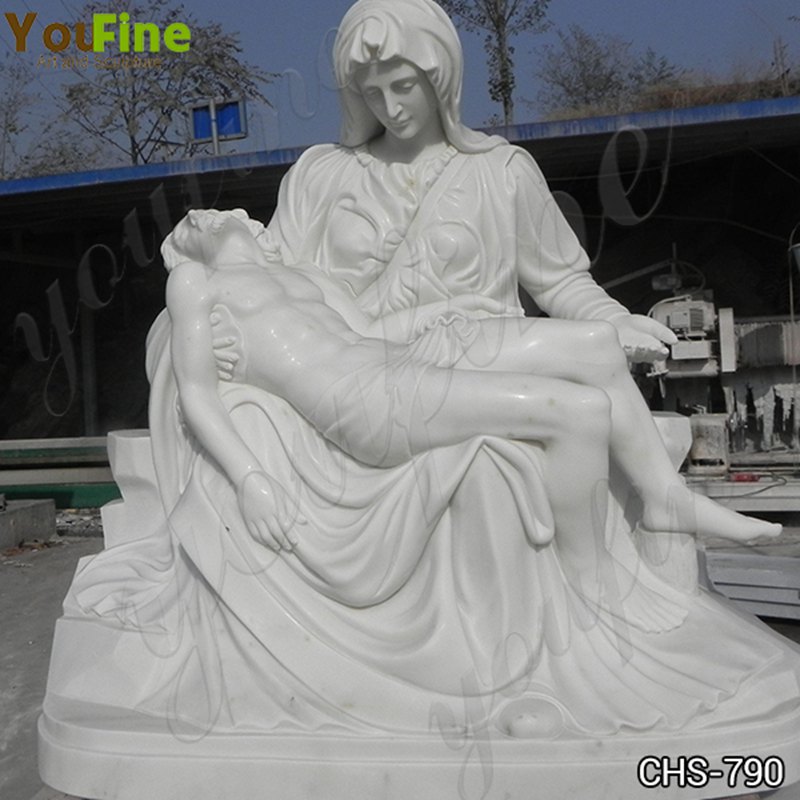 What is the Purpose and Background of the Pieta Statue?

Michelangelo’s marble Pieta statue was deeply influenced by humanist ideas and the Reformation movement. In 1493, a monk who defied the Pope, Savonarola, was arrested by the Pope and burned at the stake. When the dark tyranny reaches its extreme and faces transformation, the martyrs often end in a powerless tragedy. The martyr killed by tyranny and violence is the Jesus in his heart, and the Virgin Mary holding Jesus’ body symbolizes Italy. Through his artistic creation, Michelangelo made unspeakable sadness solidify into a kind of eternity that inspires future generations. 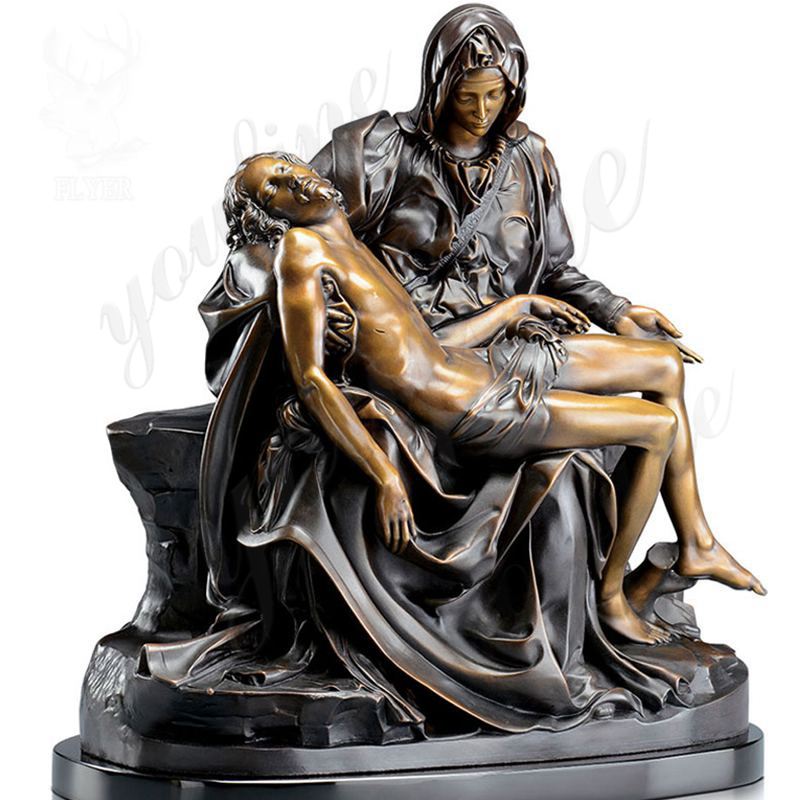 Where are the Superb Carving Skills Reflected?

The facial expressions of the Virgin Mary and Jesus are clearly visible, and Michelangelo’s superb carving skill is to let the viewer peep into the inner emotions of the statue through the subtle expressions of the statue. The undulating folds of the Virgin’s robe create an abrupt contrast of light and shadow. The heaviness of the dress is in stark contrast to the polished, bare surfaces of the human body. Such angular patterns and striking lines are rare in previous statues. 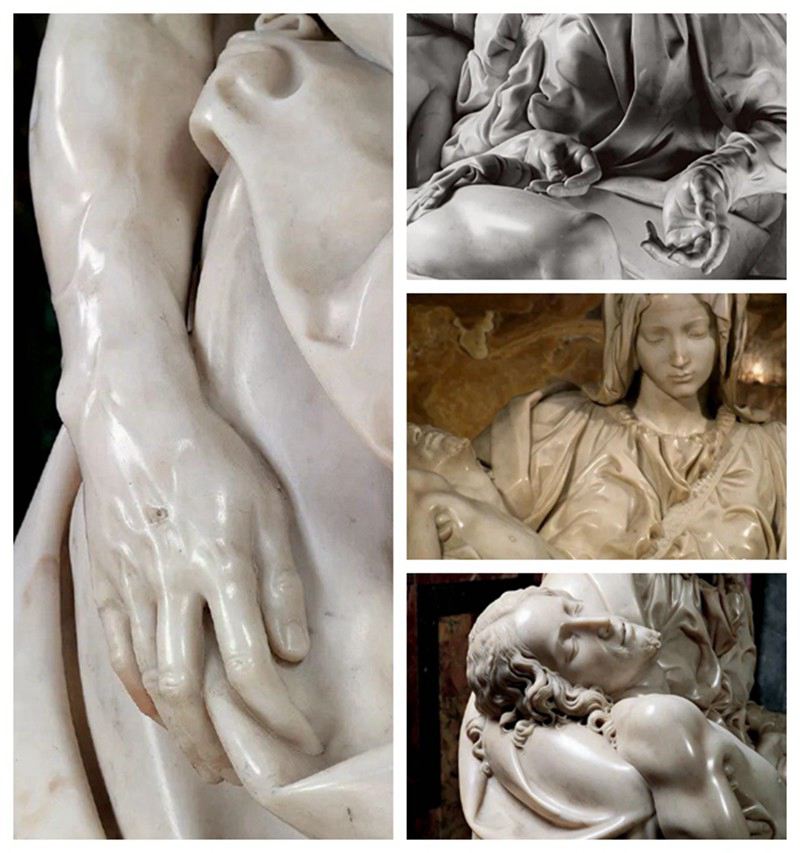 YouFine factory has highly skilled craftsmen. They could accurately capture the various characteristics of each religious figure and highly restore the marble Pieta statue. At the same time, we have also made Pieta statues for many customers, which have been greatly praised by customers. So, if you want to buy the Pieta statue for sale in YouFine, please feel free to contact us. 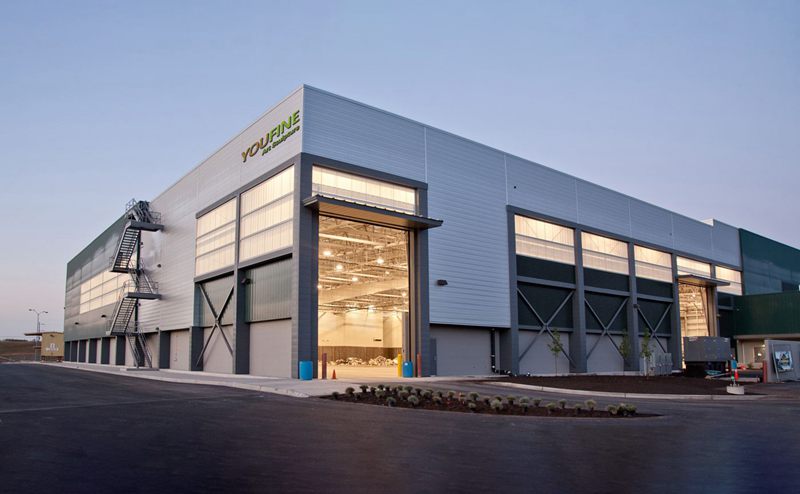 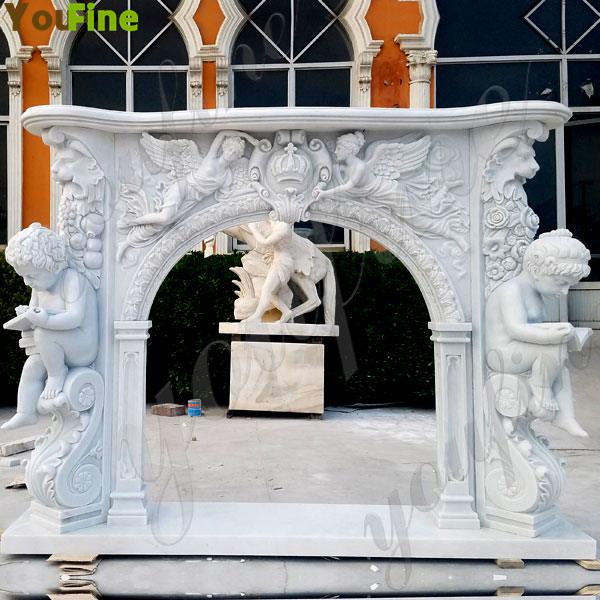 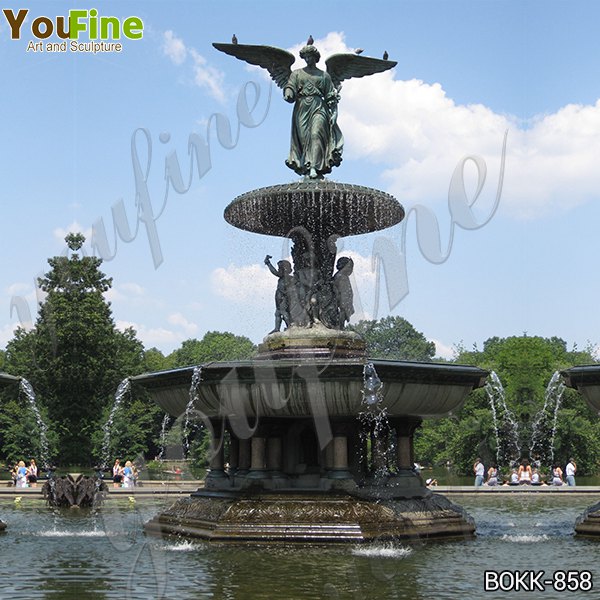 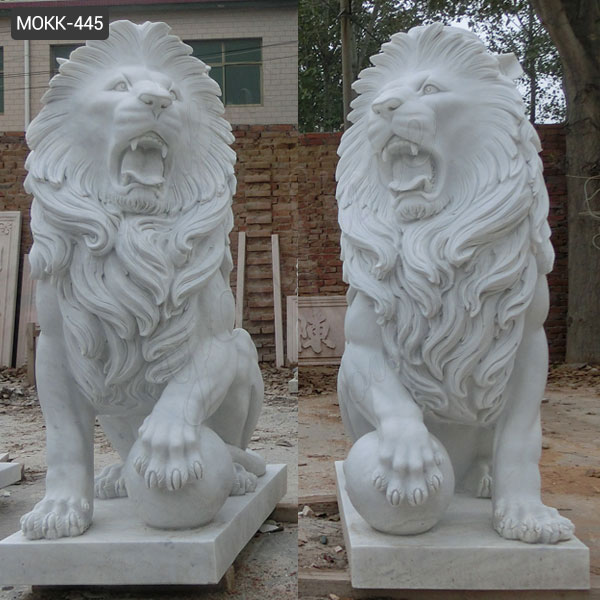 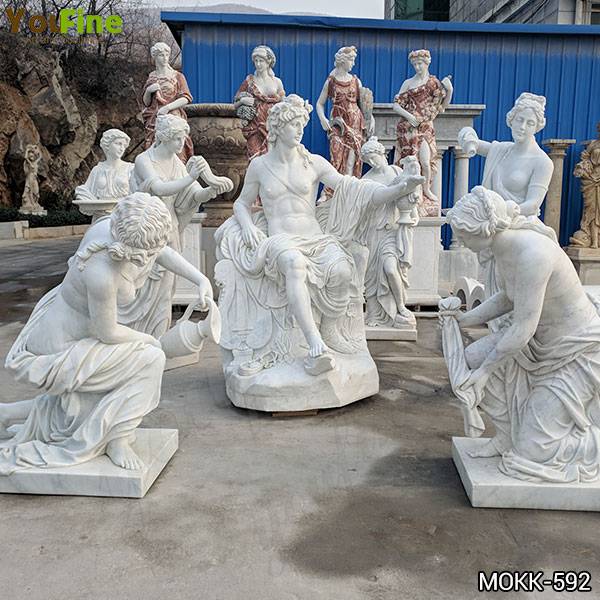 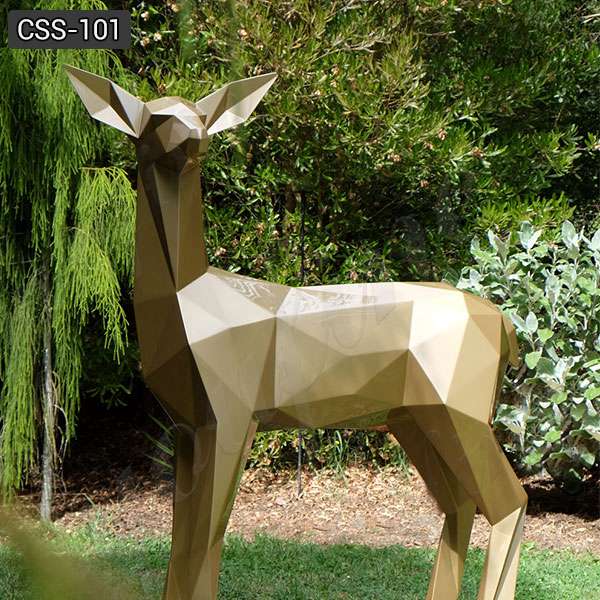 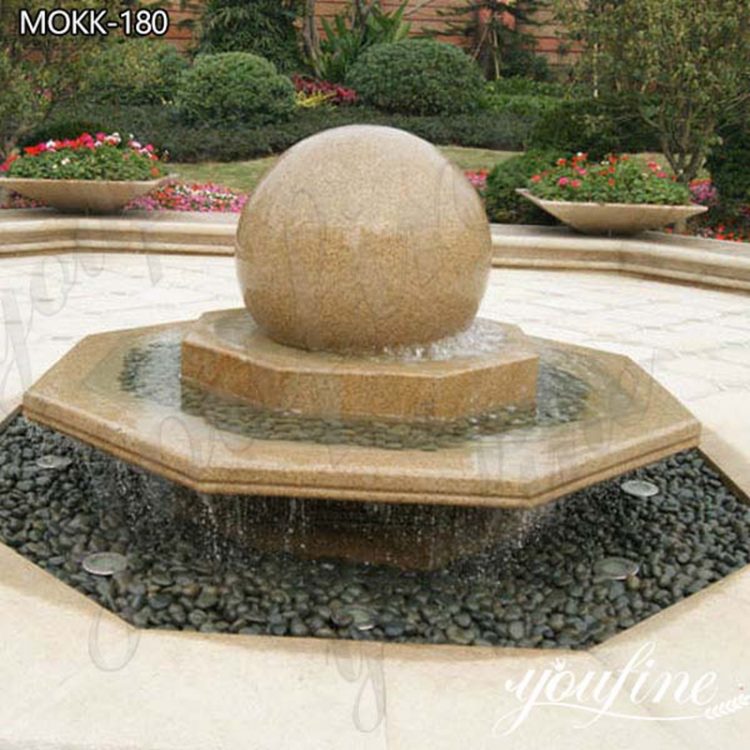