Home» Blog » Do You Know The Meaning of Lion Statues In Front of House?

Do You Know The Meaning of Lion Statues In Front of House? 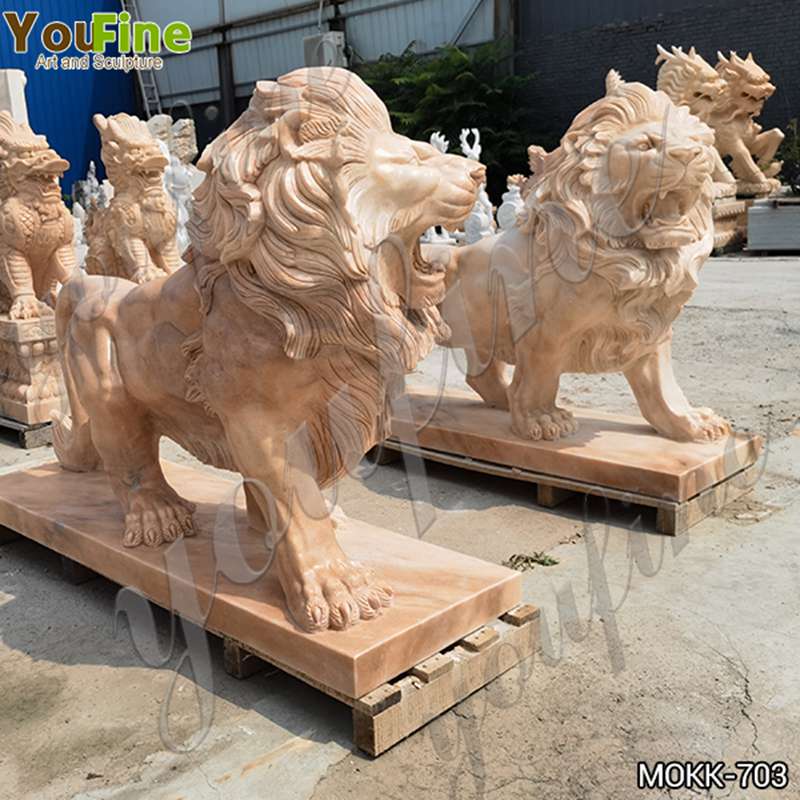 The ancients believed that the stone lion statues for front porch could exorcise and ward off evil spirits, so it was first used to guard the mausoleum. At this time, the lion was a spiritual beast in people’s minds. In people’s folk life, stone lions are not only used to guard the gates but also set up stone lions at the intersections in the countryside to ward off houses, ward off evil spirits, suppress oppression, and protect the peace of the village. Therefore, the use of Chinese foo dog statues to guard the gate can ward off evil and resist the aggression brought to people by monsters, ghosts, and the like, which shows people’s psychological requirements for praying for peace. 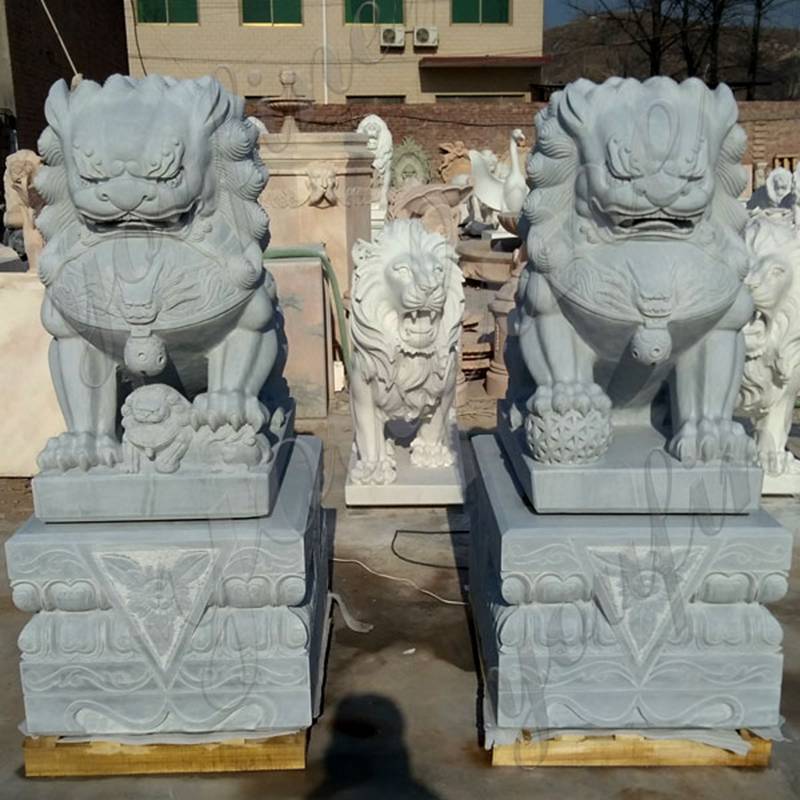 In ancient times, stone lions were used to guard the gates in palaces, palaces, government offices, and mansions, which showed the power and dignity of the owner. For example, the two majestic pairs of stone lions guarding the gate of the imperial city on the Jinshui River in front of Tiananmen Square in Beijing embody the meaning of the supreme imperial power and the sacredness of all directions. 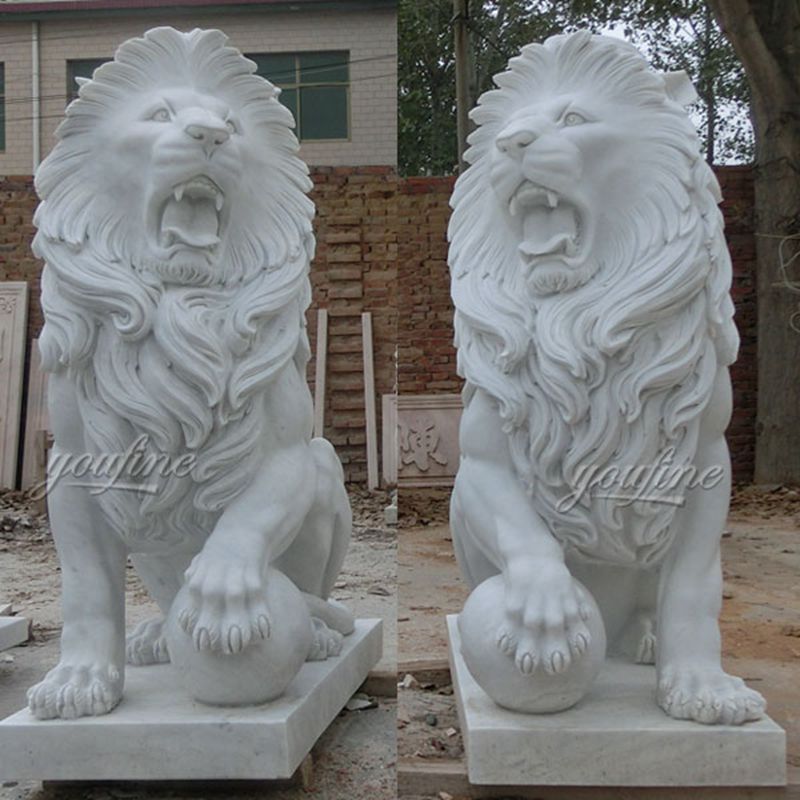 Therefore, the meaning of lion statues in front of house is also a hint to passers-by that the “warriors” who live here have achieved something and have a high status in society, or to display wealth as a symbol of wealth and high society. 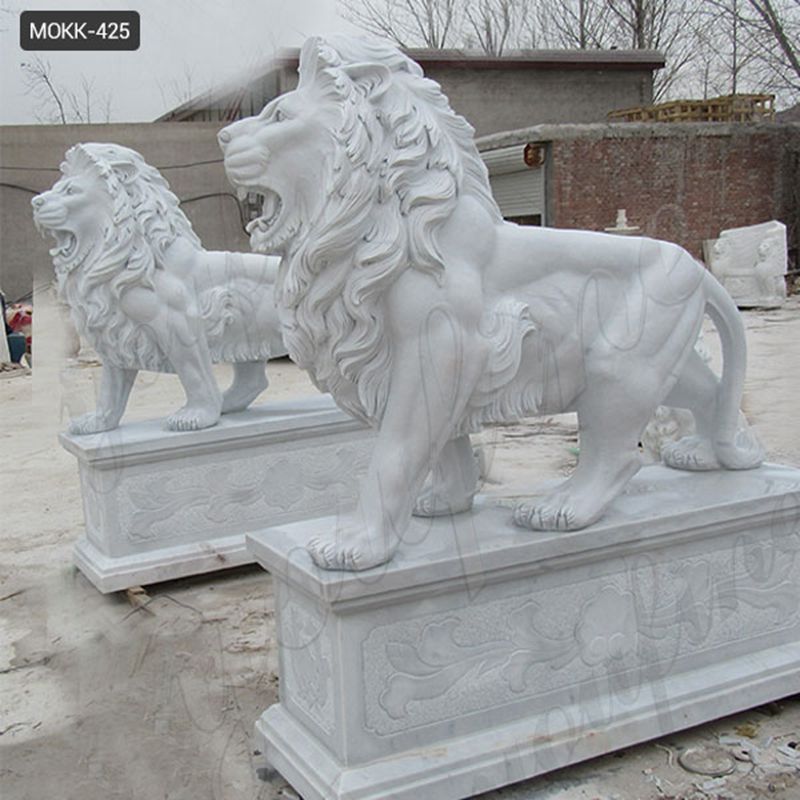 Stone lions are indispensable decorations in buildings. For example, at the east end of Beijing Lugou Bridge, two large stone lions are used to guard the railings. Not only are stone lions engraved on the capitals of the two Huabiao columns of the bridge, but some stone lions also have several small lions hidden on them. These stone lions are male and female, large and small, with vivid expressions, exquisite workmanship, and extremely vivid, which makes everyone shocked when seeing the real thing. 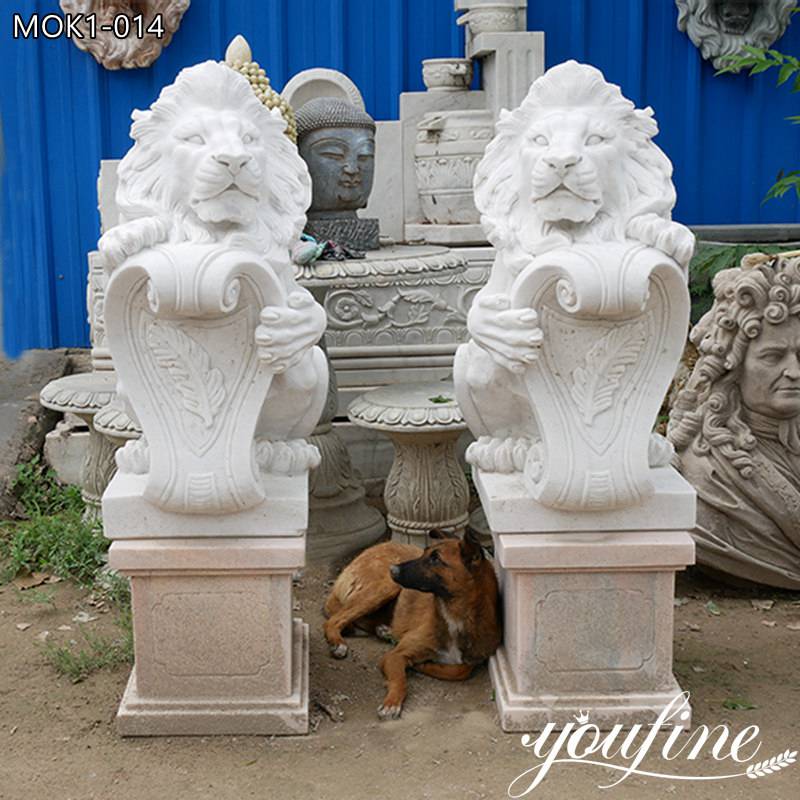 Of course, these have extremely high technical requirements for the carving masters, but those who do not study hard carving will not carve such a stone lion sculpture with artistic aesthetic value. Therefore, the meaning of lion statues in front of house for some people is for appreciation. 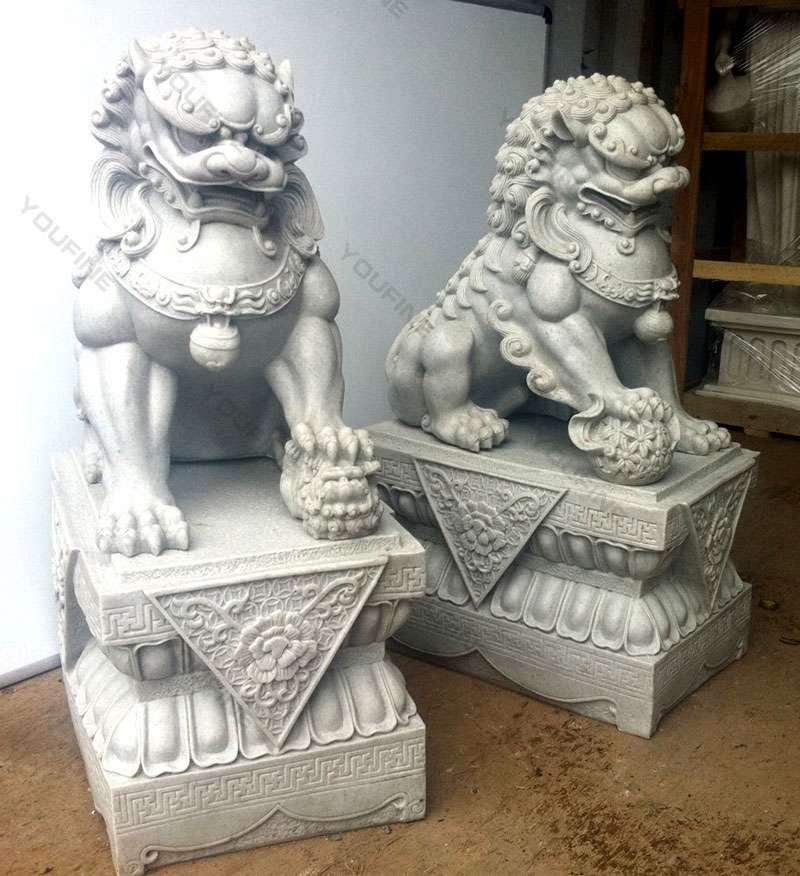 After you know the meaning of lion statues in front of house, there is also a need to know some rules about the placement. There are rules for the placement of the Chinese foo dog statues guarding the gate. Generally speaking, there are one male and one female, in pairs, and generally, the left male and the right female are in line with the traditional Chinese philosophy of yin and yang. The male lions on the left side of the door are generally carved with the right front paw to play with hydrangea or a hydrangea between the two front paws; the lioness on the right side of the door is carved with the left front paw to caress the lion cubs. 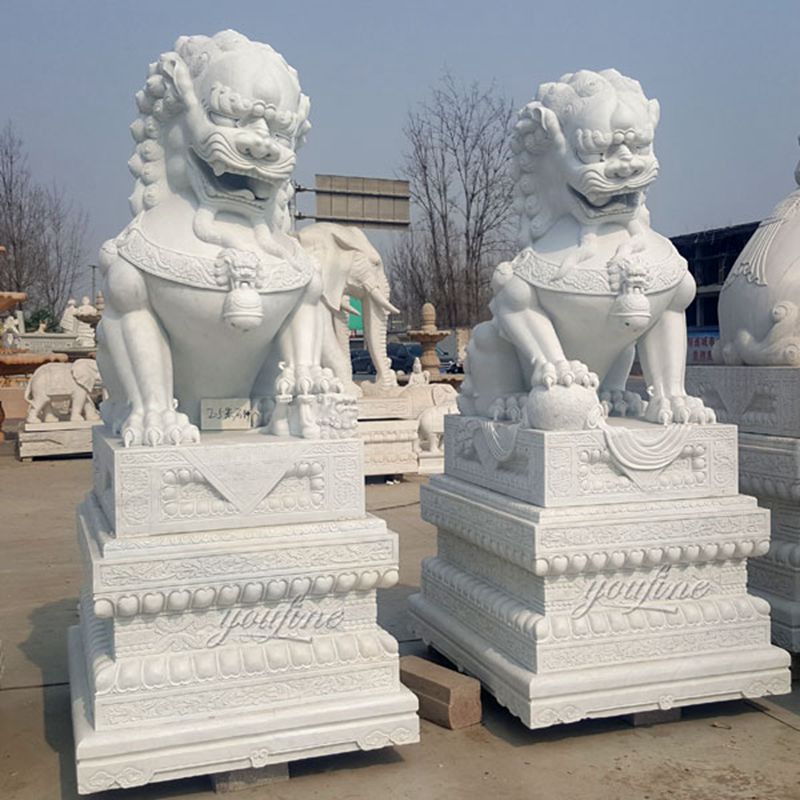 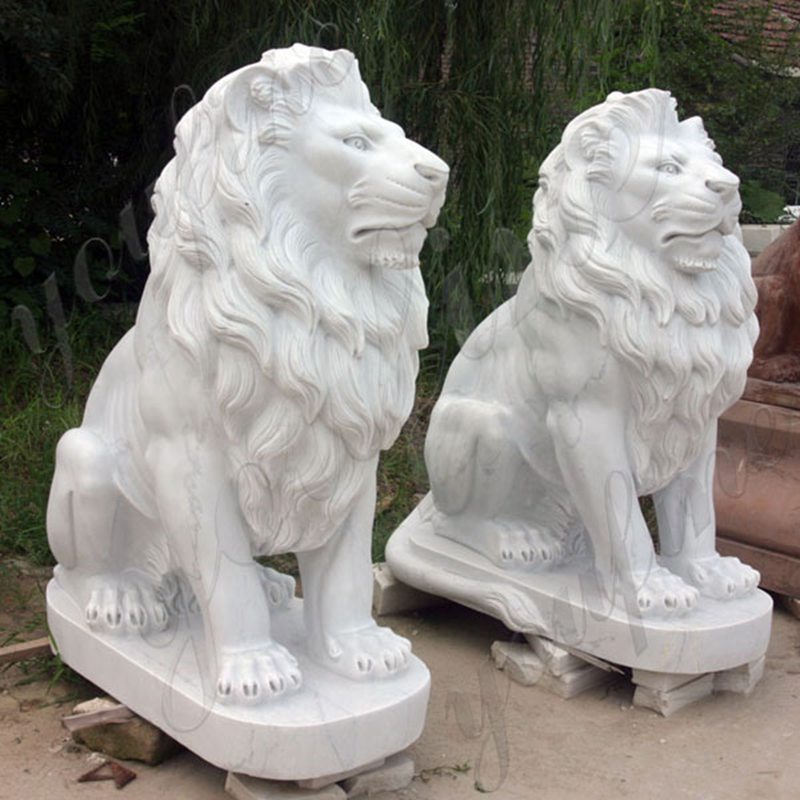 Where Can You Buy Realistic Stone Lion Statues?

If you want to buy realistic marble lion statues to put on your doorstep, then YouFine Art Sculpture will be your best choice. The YouFine factory has talented designers and skilled engravers. They are very good at carving stone lions. The sharp eyes and vigorous posture of the stone lion are very realistic under their carvings. The most important thing is that we can also offer you a factory price. If you are interested in our stone lion sculpture, please feel free to contact us for more information. 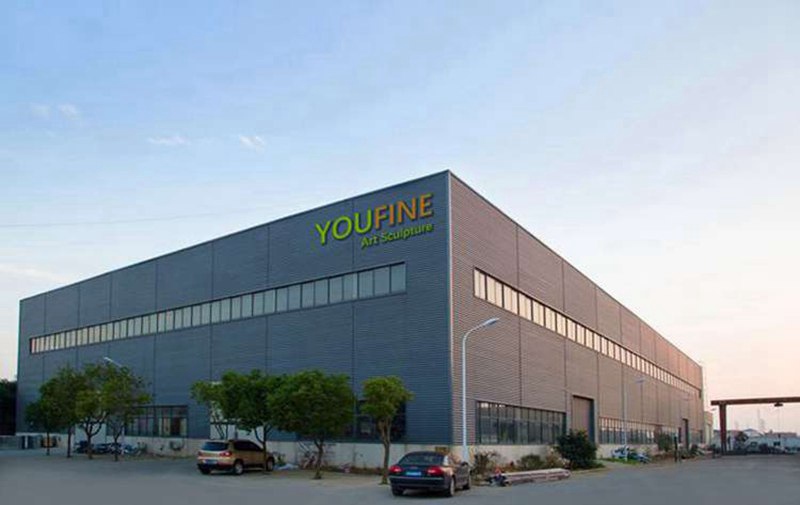 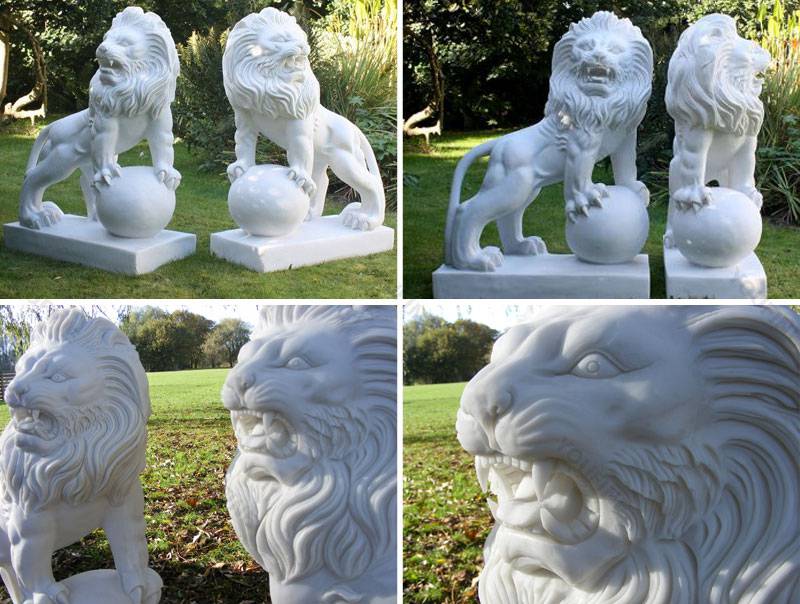 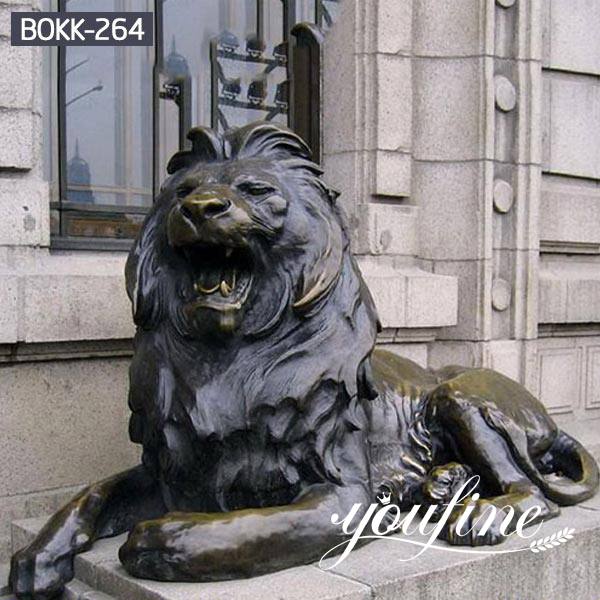 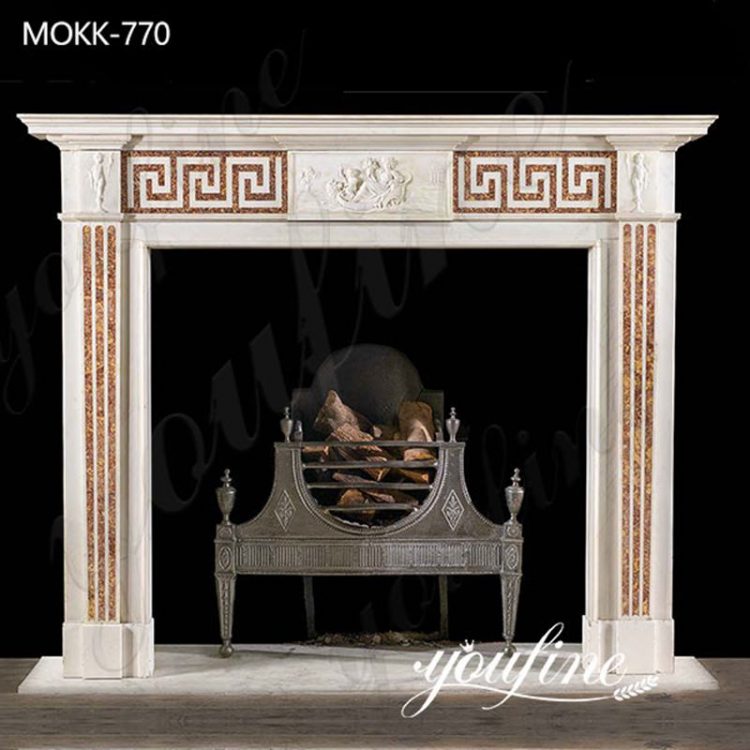 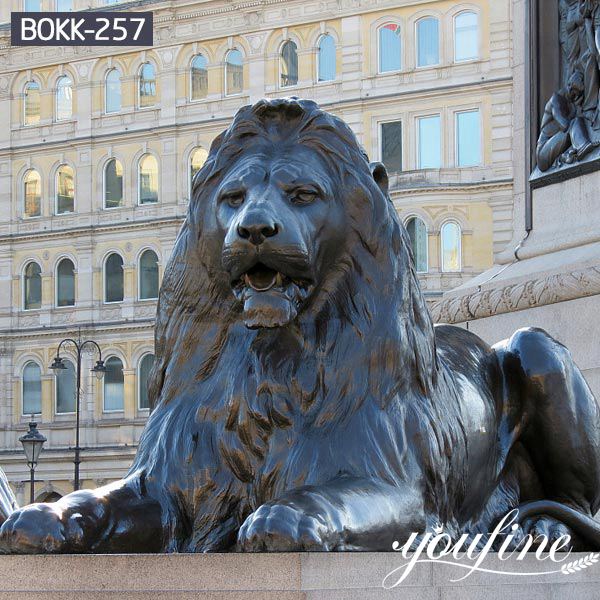 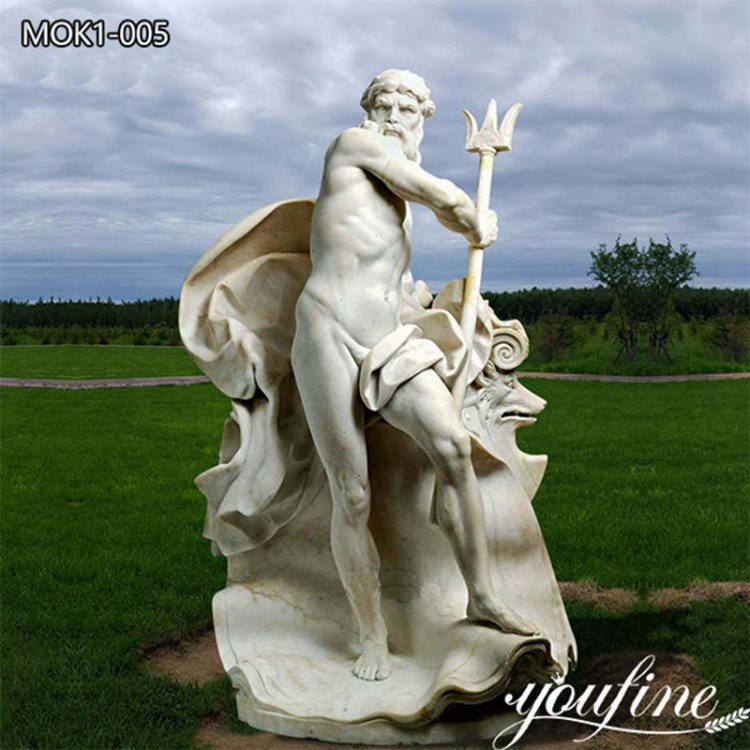 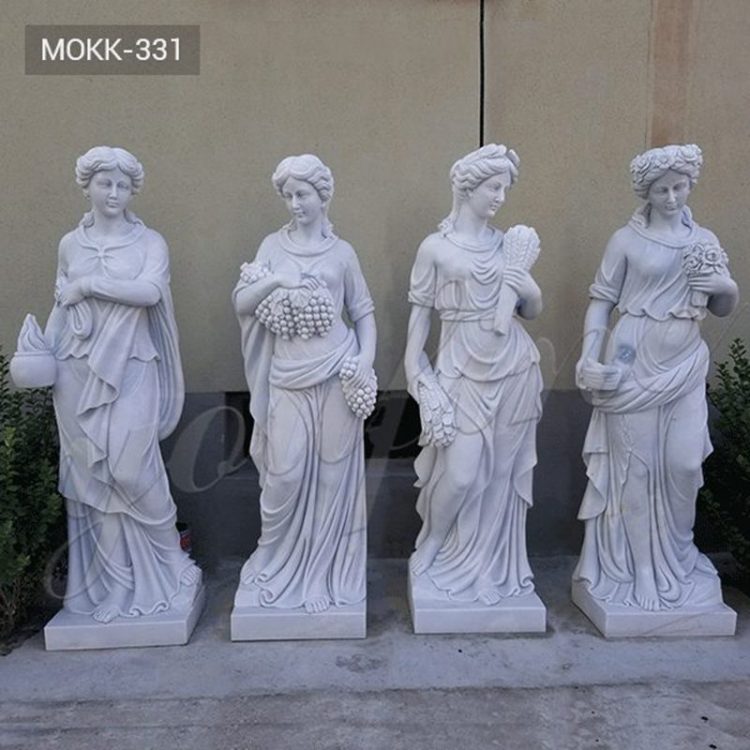 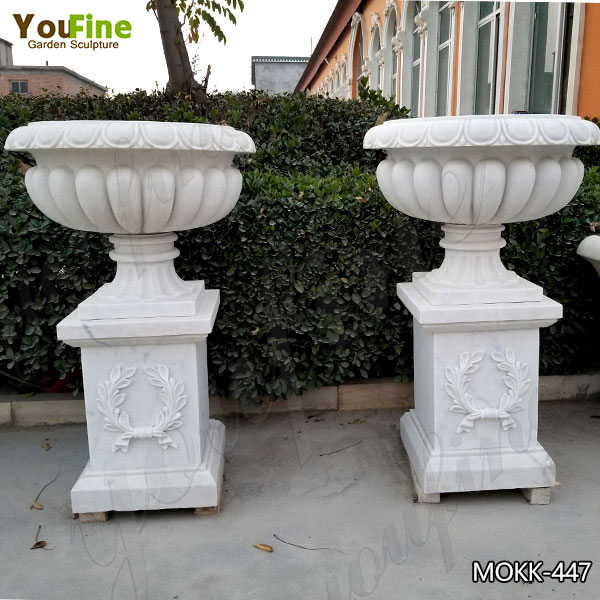